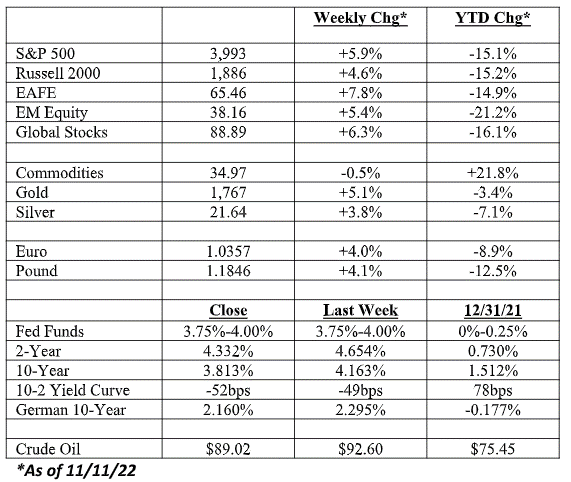 In terms of market volatility, this last week will go down in history.  It’s not often you see the S&P rally +6% in one day, the NASDAQ over +7%, and long-term bonds close to +5% (for the Vanguard Extended Duration ETF).  This is anything but normal.   But it goes to show how fearful investors were going into Thursday’s inflation report.  Just a hint of good news was enough to trigger a rush of buy orders!!

How do the market moves rank historically?  The NASDAQ 100 data goes back to 1985, and Thursday was the 20th largest gain since then (it’s inconceivable to me this index rallied almost 20% in January 2001!!). 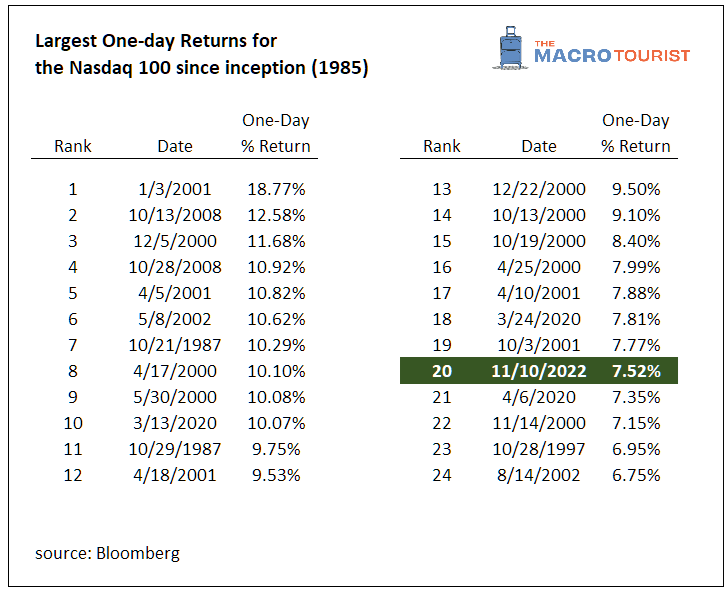 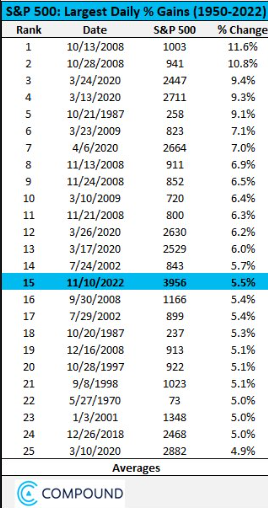 What stands out from the table above is that with only two 2 exceptions, every single one of these record-breaking daily gains took place in a month where a) the Fed cut rates, b) Fed provided some other liquidity support or c) the Fed's next action was a rate cut.  The only two exceptions are May 1970 and, of course, this last Thursday.

The Fever Has Broken

The fact that we had such a big rally on Thursday without an accompanying Fed move is a testament to how fearful investors were of another hot inflation report.   But Thursday’s consumer price index (CPI) number was a welcome relief.   Both headline and core inflation dipped in October on a year-over-year basis.  As you can see below, the headline number came in at 7.7% (economists expected 8%). 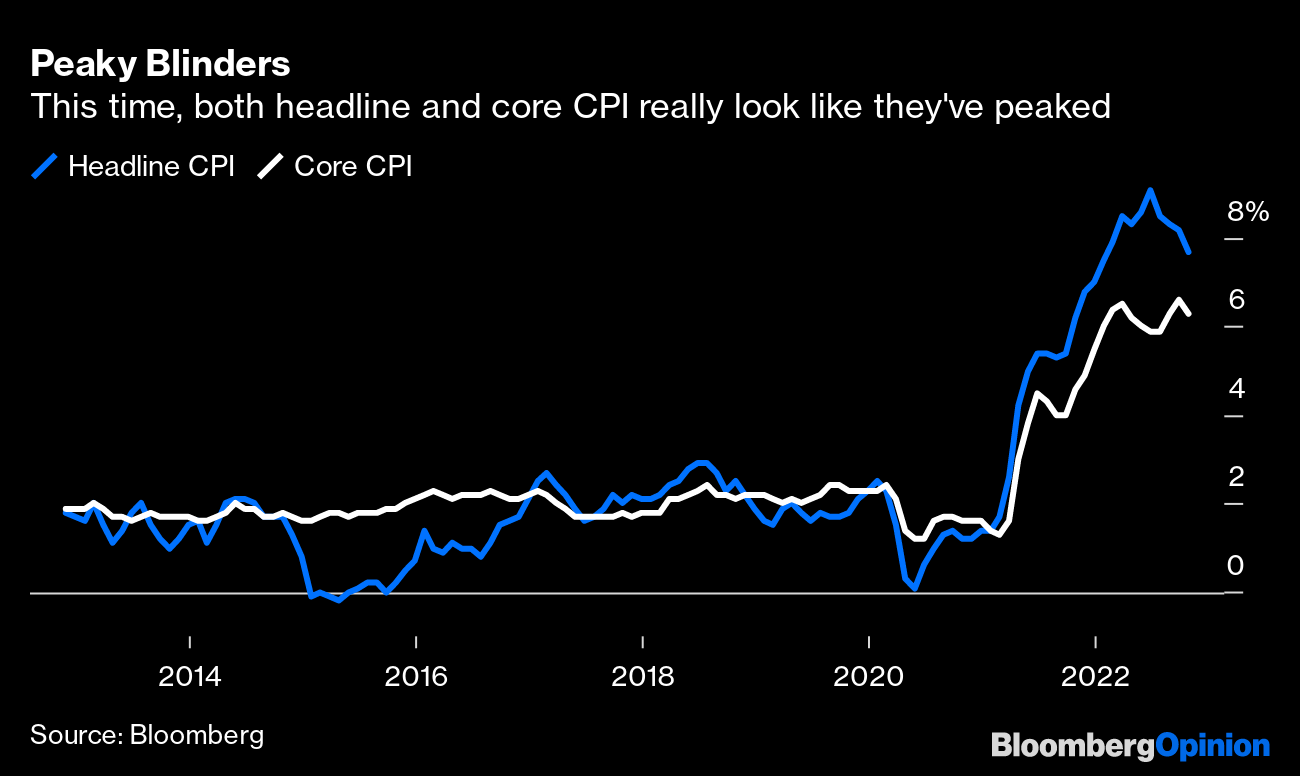 More importantly, the month-over-month data showed a pronounced slowdown.  The prices for goods and food actually fell for the month, and energy inflation slowed materially.

The inflation data wasn’t a total shock.  Last week’s ISM report showed a significant slowdown in the prices paid component (blue line below).   This typically has had a tight correlation with inflation, albeit with a lag. 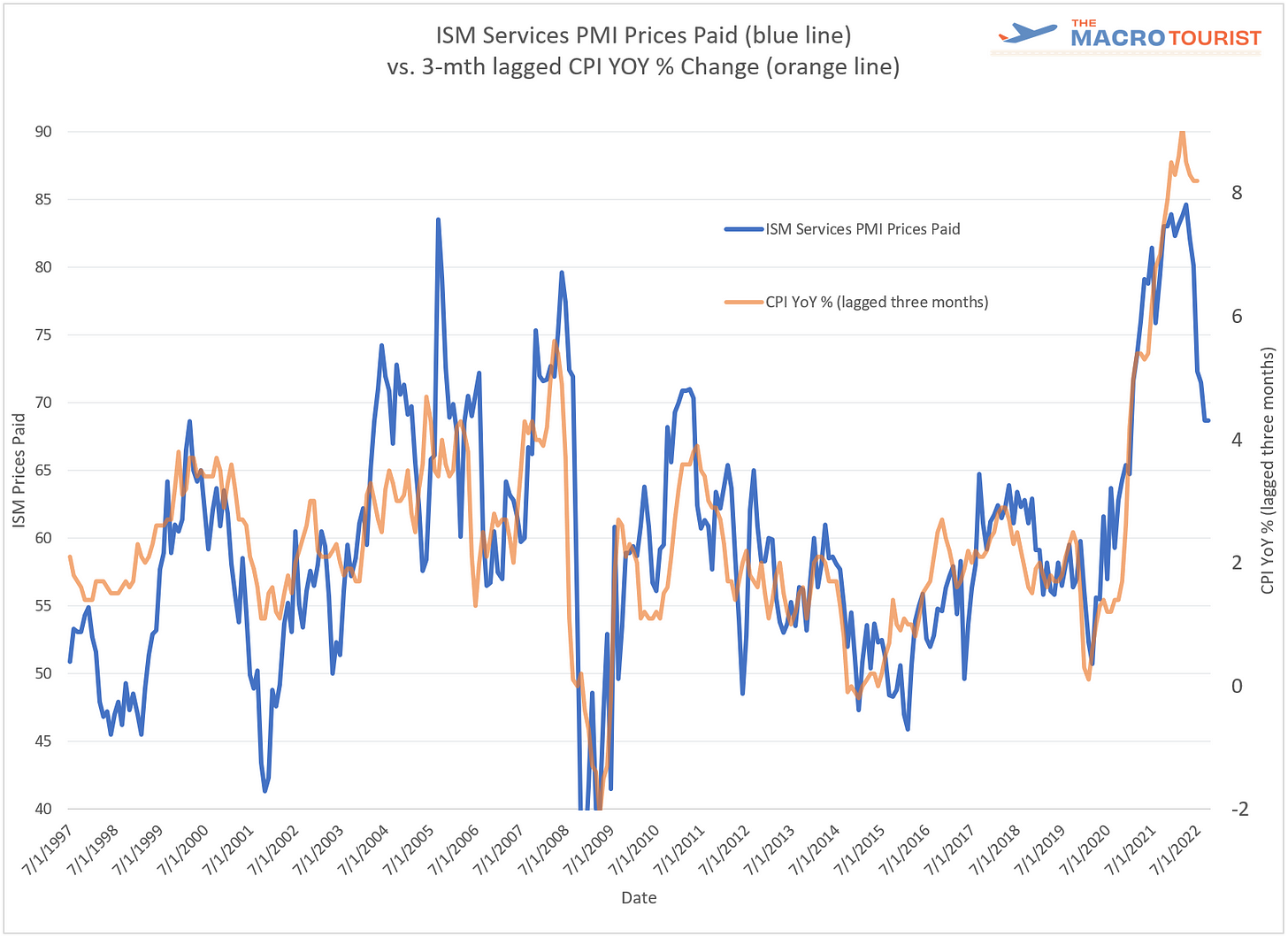 The one area where we didn’t see much relief was on the rental front.  The 12-month rate of increase in rent was 7.5%. To find a comparable reading, you’d have to travel back to 1982.  However, even here the leading indicators are pointing towards a slowdown (figure below). 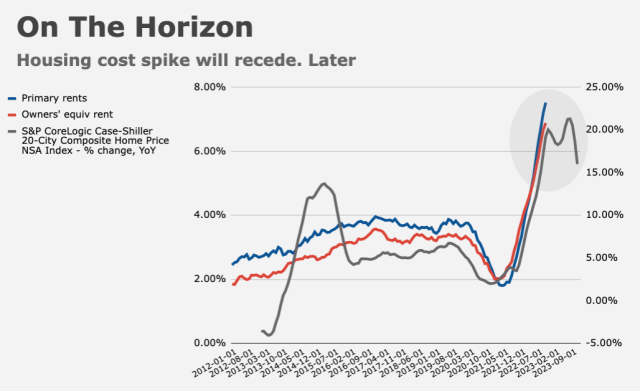 But is the Patient Cured?

But does that mean all the worries about inflation are over?  Of course, it’s hard to tell, but there’s a decent chance we are on a glide path towards more manageable rates.  The charts from Bank of America below show the possible trends in headline and core inflation through June of next year assuming different monthly rates of inflation.  Basically, if monthly headline and core prints are consistent with October’s figures going forward, headline and core would be 3.8% and 4%, respectively, by June.

Now this isn’t the Fed’s 2% inflation target, but it would imply that the Fed Funds rate by next summer (let’s say it peaks between 4.5% to 5%) is finally above inflation.  This is the soft-landing scenario with inflation moderating and the Fed only hiking a couple more times.

But you have to wonder if the Fed is looking at the market’s reaction to Thursday’s inflation number and pulling their hair out.  All year they have been tightening financial conditions to slow price pressures.   The chart below show’s Goldman’s index of financial conditions – a rising line = tighter conditions (primarily lower equities, higher bond yields, higher dollar).  However, on Thursday we saw one of the largest easings in conditions without an explicit move by the central bank. 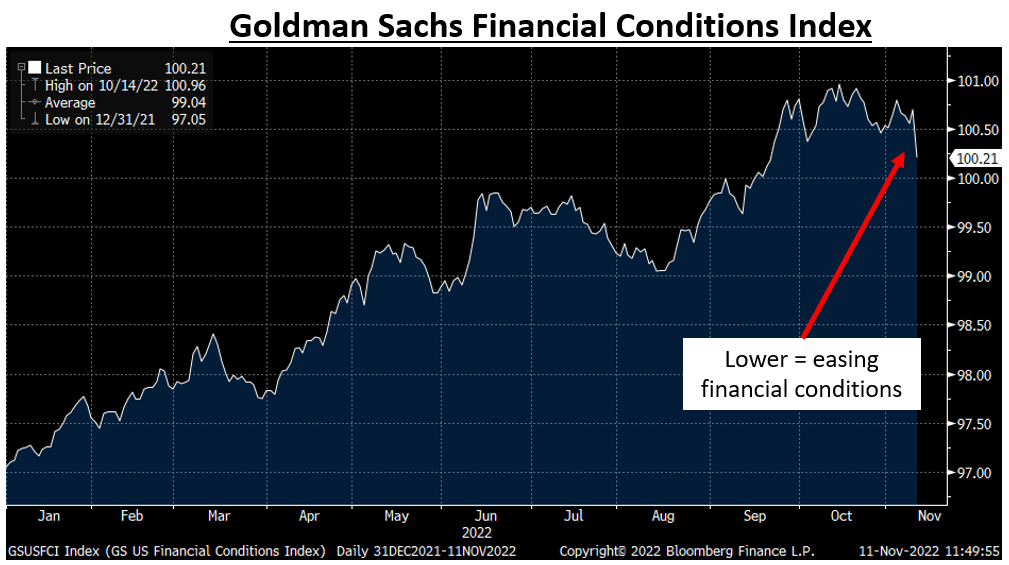 Is this really what they want if they are truly committed to a 2% inflation target?  But then again, they could always move the goalposts.

Ever since 2012 the Fed has explicitly said they are targeting a 2% inflation rate.  The Bank of Canada, Sweden’s Riksbank, the Bank of Japan, and the European Central Bank all follow the same approach.  The Bank of England is so devoted to its 2% target that its governor must write a letter to the chancellor of the Exchequer if inflation moves more than a percentage point in either direction.

But where does the 2% target come from?

Back in the late 80’s New Zealand was struggling with an inflation problem.  The Treasury secretary at the time, Roger Douglas, was asked on TV what level of inflation the government would be satisfied with.  Off the cuff he said between 0% and 1%.

The central bank of New Zealand was then tasked with building a case to support the on-air comments.  It’s new governor, Don Brash ,and his team found that inflation in real life typically ran a bit below the official government numbers.  In New Zealand they found this to be roughly 0.75%.  So, they rounded it up to 1%, added it to the Douglas’s high-end estimate, and TA-DA!! – we have 2%.

There are dissenters to the 2% goal of course.  Janet Yellen herself wasn’t a fan, she actually didn’t like having a target at all.  Olivier Blanchard, the head of the International Monetary Fund, argued for 4% back in 2010.  But for now, 2% is written in stone.

That is until someone shoots their mouth off on TV again. 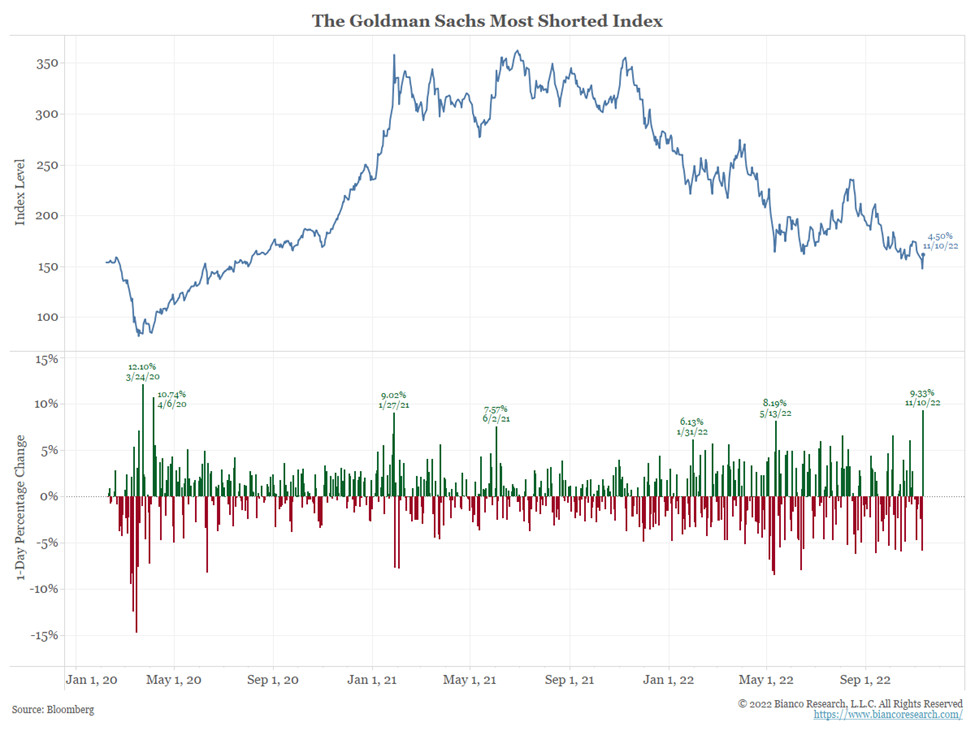 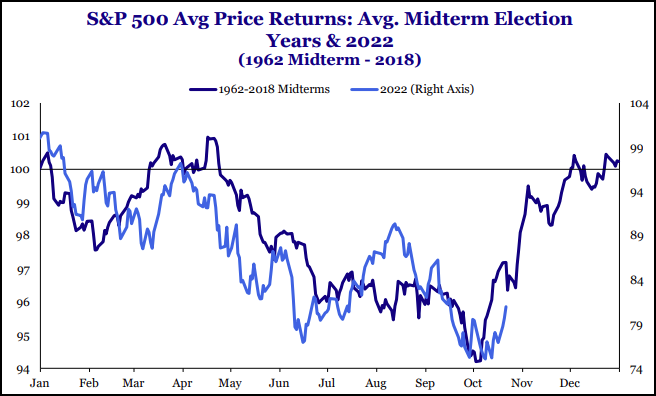 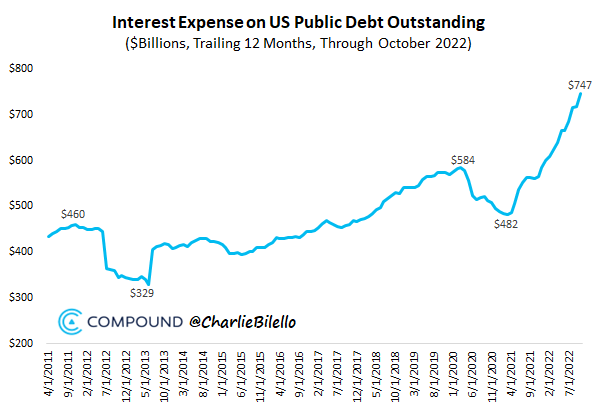 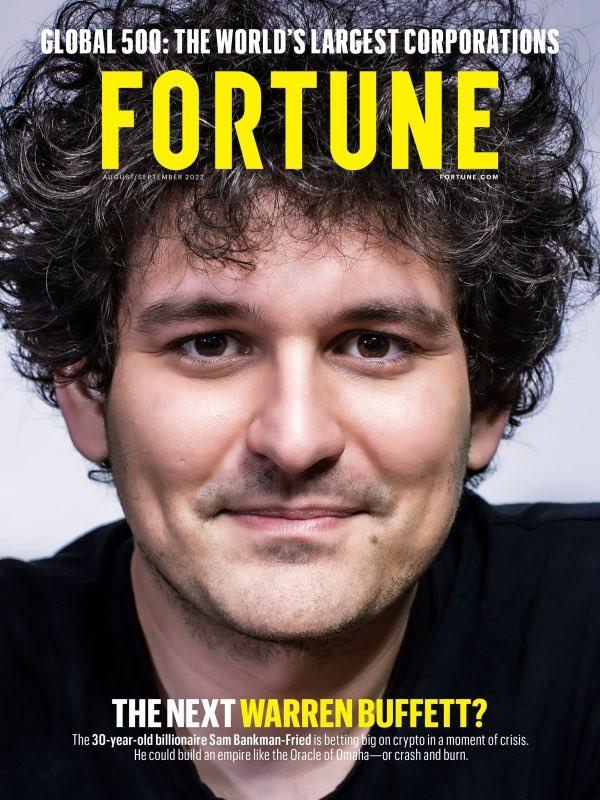 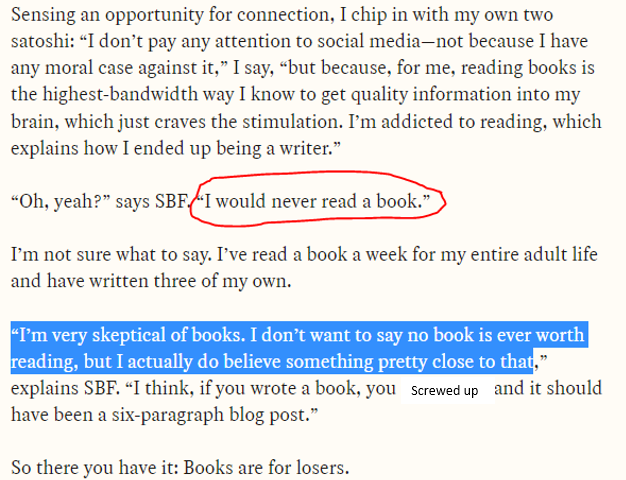 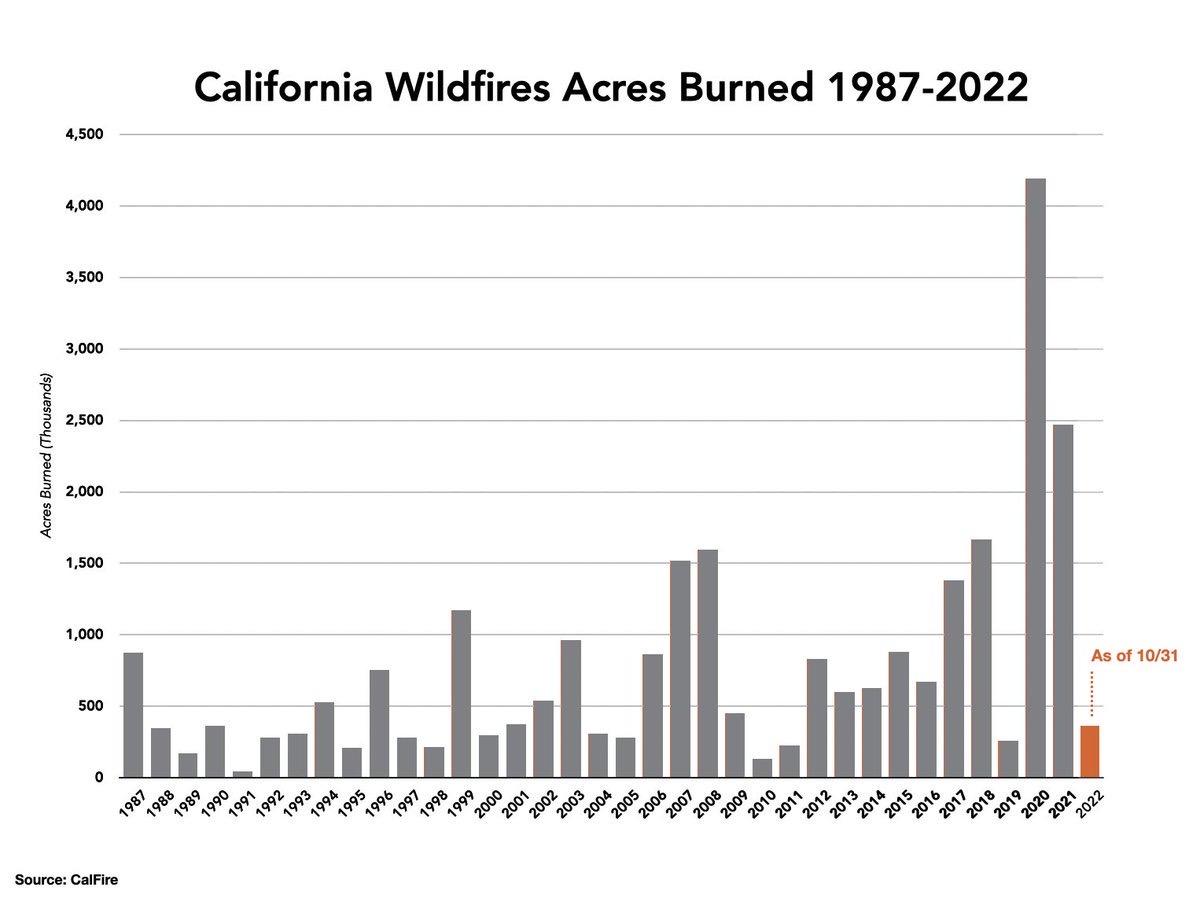 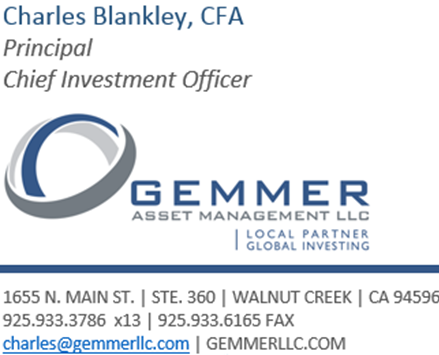